Charlie e-mailed regarding "Panama (not the Van Halen song)" and said he was surprised I knew Van Halen and which did I prefer -- David Lee Roth version or Sammy Hagar?

I can't answer that question.

My oldest son and my husband have had that battle for decades and the rest of us stay out of it.

My husband said they rocked more with Roth, my son says that they made better songs with Hagar.

I have avoided that mine field for years and will not be lured into it now.

My diplomatic response is that both versions of the band had their strong points.

And this is Isaiah's THE WORLD TODAY JUST NUTS "The Rebel Hillary." 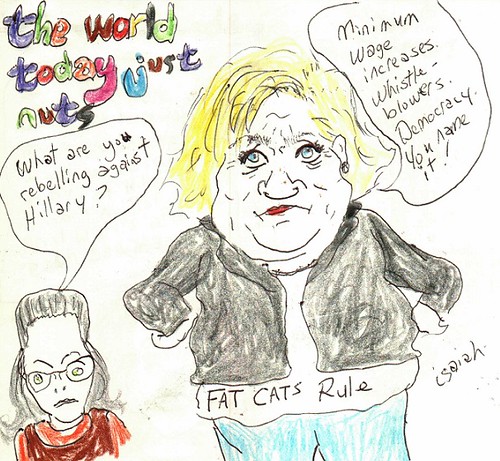 Thursday, June 1, 2017.  Chaos and violence continue, The Mosul Slog continues, the crimes begin to get attention, and much more.


considering she voted to send him to Iraq: I really doubt my boyfriend will ever talk to me the way he talks about Clinton 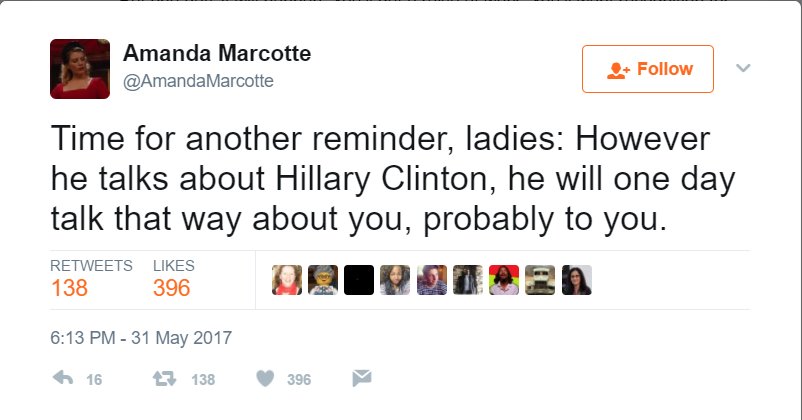 
Amanda Marcotte thinks she knows everything.  It's the curse of those rejected by love.  It's what allows her to ignore Hillary Clinton's long support for the Iraq War, for war on Syria, for war on Libya.

Oh, Amanda, go try to hit up another man for abortion money when you're not sure if he's the father.

It's funny how Iraq mattered to Amanda whens he worked for John Edwards (who apologized for his vote in a column for THE WASHINGTON POST) but now doesn't mean a thing -- funny in a sort of pathetic way but everything about Amanda's pathetic.

She doesn't care about the war built on lies because, again, she's the woman who publicly whined that her boyfriend offered to marry her when she told him she was pregnant and all she wanted was for him to cover half the abortion -- she also confessed that she wasn't sure he was the father.  That's trash, that's Amanda.

The Islamic State seized Mosul in June of 2014.

Three years later and they've still not been run out of the city.


The current operation began in October of 2016 because the government of Iraq clearly wasn't too concerned about a terrorist group seizing a city as evidenced by their do nothing attitude for over two years. 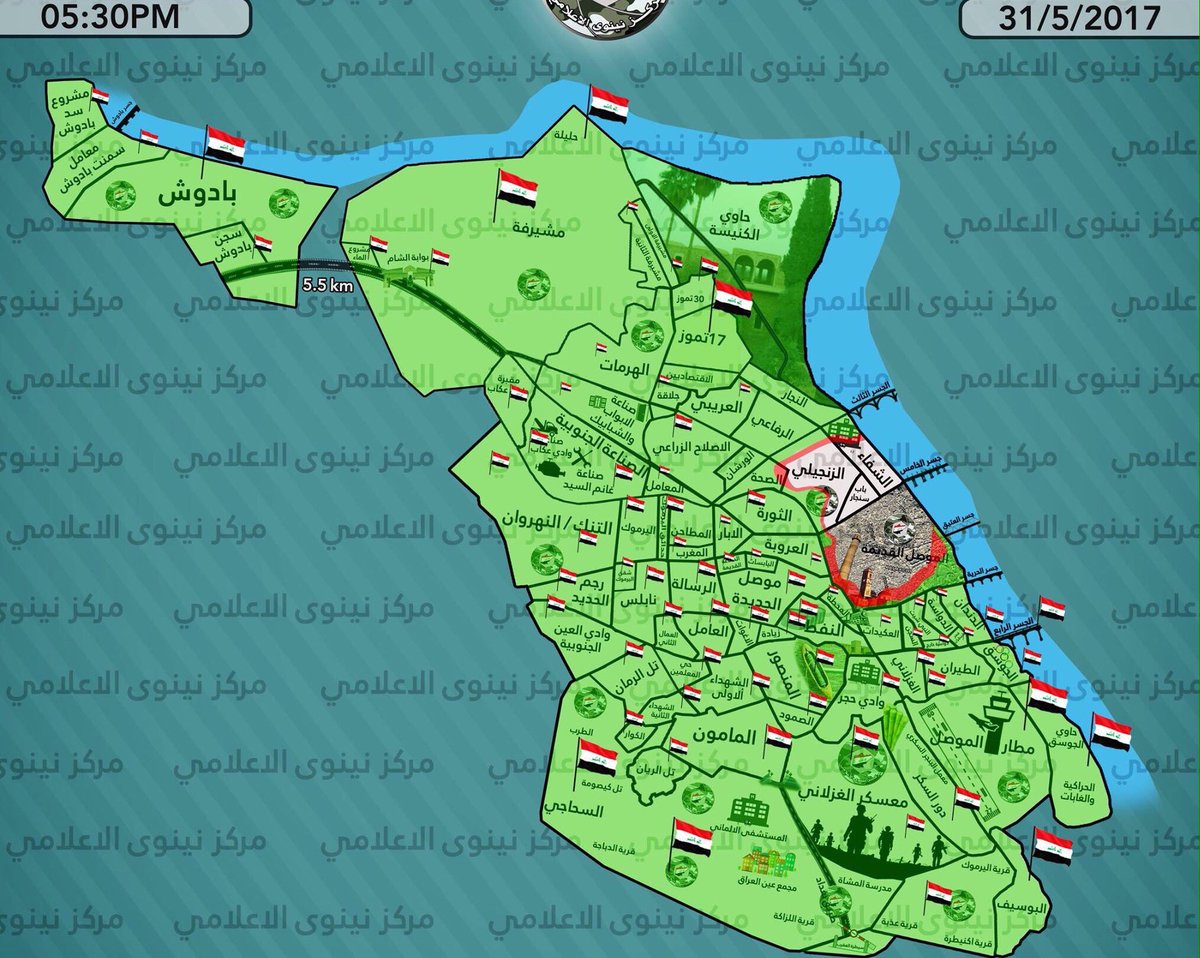 
What's been accomplished in these 225 days?

The UN estimates almost 10,000 people fled from Mosul’s northwest and the Old City every day last week.
More than 750,000 people have been displaced from the city since October.


But it's not easy getting out of Mosul.  The Iraqi government told residents to stay in their homes until late April, they never offered safe passage out of Mosul and now they're targeting vehicles.  RUDAW reports:


Any motorized vehicles in western Mosul are considered to be a threat and subject to strikes by the US-led international coalition and the Iraqi forces, while authorities have encouraged civilians to leave the war-torn areas by foot in the face of starvation and hunger.

"Iraqi Security Forces transmitted information to residents of West Mosul a week or two ago telling them that, due to ISIS' use of vehicles (both automobiles and motorcycles), moving or static, could be considered a threat," US Col. Ryan Dillon, the spokesperson for the coalition told Rudaw English.

As many as 180,000 people are reportedly hungry and living in miserable conditions, according to the United Nations World Food Programme (WFP).


It's been one nightmare after another including Iraqi forces torturing and killing civilians.  James Gordon Meek, Haider Newmani, Brian Ross and Rhonda Schwartz (ABC NEWS) report:


In hours of footage captured by Iraqi photojournalist Ali Arkady, licensed by ABC News and broadcast on World News Tonight with David Muir and Nightline last week, officers of an elite Iraqi unit called the Emergency Response Division (E.R.D.) are shown directing the torture and execution of civilians in Mosul late last year. A U.S. military spokesman said that while an investigation of new evidence of atrocities committed by the E.R.D. is warranted, there is no legal reason the U.S. cannot continue to work with the unit.


The unit had already been blacklisted in March 2015 under the Leahy Act, which requires foreign military units to be banned from receiving U.S. military aid if there is "credible information that such unit has committed a gross violation of human rights.” Top American commanders, however, have continued to praise the successes of the E.R.D. and boast of a "fruitful partnership" between the U.S. military and the unit, including coordinating airstrikes on ISIS.


“The photos are sickening. They clearly depict war crimes,” Sen. Patrick Leahy (D-Vt.), who authored the federal law 20 years ago, said in a statement to ABC News. “That they were brazenly lauded by the unit’s leader suggests that they were far from aberrations. It is my understanding that the United States no longer supports the Iraqi unit involved, but we should insist that the individuals responsible, and particularly the leaders, be prosecuted and appropriately punished. The fact that U.S. military personnel praised the Iraqi unit’s cooperation is deeply disturbing and requires further investigation by the Pentagon.”

For the seventh consecutive year, the Detroit Regional Chamber and Detroit Public Television (DPTV) will collaborate to provide Michigan citizens with the highest level of access to the Mackinac Policy Conference’s content. Viewers can watch the conference live online by visiting the MiWeek website at http://miweek.org.

Since 2011, the Chamber and DPTV have worked together to significantly broaden access to the event.  Each year, an average of nearly 50,000 unique audience members watch at least some part of DPTV’s Mackinac Policy Conference coverage via computers, phones and tablets during and immediately after the event.

All content, including livestreams, will also be offered, at no cost, to any public or commercial broadcast outlet, as well as all other news organizations in Michigan, to continue to make coverage of the Conference as accessible as possible.

DPTV plans to broadcast and/or webcast:

News organizations may access the embed code required to run the coverage on their own websites via: http://bit.ly/MPC17embed

DPTV’s coverage of the Mackinac Policy Conference begins on Wednesday, May 31st, at 9:00 A.M. ET on http://miweek.org. Follow the conversation around the conference on social media using #MPC17.

“Detroit is in the center of everything.”