Senator Bernie Sanders was one of us.

Or that's what the campaign said.


Personal finance disclosure forms submitted by Bernie Sanders, and widely reported in the media, reveal that Sanders’ income was more than $1 million last year. This figure includes both his $174,000 annual salary as a senator and $858,750 from book royalties, including a nearly $800,000 advance for a book, Our Revolution, about his 2016 presidential primary campaign.


The threshold for the wealthiest 1 percent by annual income in the United States is $389,436, according to the Economic Policy Institute. Sanders’ income would put him somewhere in the top one-fifth of one percent, according to US Census data.


The wealth of the average US senator and representative has skyrocketed in recent years, earning Congress a reputation as a “millionaire’s club.” In 2014, the average personal wealth across both houses of Congress surpassed $1 million for the first time in history, with the median net worth of the Senate surging from $2.5 to $2.7 million.


However, few members of Congress are able to amass as much wealth in a single year as Bernie Sanders did last year. Opensecrets.org shows that Sanders’ book royalties alone would been the third-highest outside income in the Senate in 2014, the last year for which the site has figures. At $1.2 million, first place that year went to fellow “progressive” Democrat Elizabeth Warren, who parlayed her brief tenure as a rubber-stamp banking regulator during Obama’s first term into a Senate seat.


We at the World Socialist Web Site would like to tell Sanders: welcome to the millionaire’s club!


Opensecrets.org’s records show that, for years, you have been forced to subsist on income levels at or around the threshold of the top 1 percent, in the low-to-mid six figures. This, no doubt, is what you had in mind during a primary debate last year when you described yourself as “one of the poorer members of the United States Senate.”

Tuesday, June 13, 2017.  The Mosul Slog continues, deportations of Iraqis begin in the US, and much more.


And the 'accomplishments' just keep rolling in.  As the use of White Phosphorus begins to get coverage, other issues emerge.  James Cogan (WSWS) reminds, "Prior to the allegations of war crimes relating to the use of white phosphorus, evidence had already emerged in Mosul of the torture and extrajudicial murder of alleged ISIS fighters by US-backed forces."


Food poisoning incident at Hasansham U2 displacement camp.
Around 800 individuals have been affected by a serious outbreak of food poisoning at Hasansham U2 camp, which houses 6,235 individuals who have been displaced from Mosul and other conflict areas; around 200 people have been taken to hospital. At least one person (a child) has died.
The police authorities are currently carrying out an investigation into the incident.
UNHCR is extremely concerned by events at the camp, which has resulted in at least one casualty, with hundreds of other people falling ill, and more than 200 hospitalised.
Staff have been working closely overnight to coordinate the response with other agencies and the relevant authorities in the Kurdistan Region of Iraq and Baghdad to ensure that those who have fallen ill were able to receive swift medical treatment and that the seriously sick were provided transport to nearby hospitals.
Extra clean water is now being provided at the camp and additional health agencies have been brought in to help in the response.
We are waiting for the police investigations to understand clearly the chain of events and to draw lessons from this tragic incident which will allow agencies to reinforce public health protocols to prevent such situations in the future.
Staff who were at the camp on Wednesday saw many residents being treated by health staff.
It is understood that families became sick, complaining of stomach ache and vomiting, after eating an iftar meal to break the daily Ramadan fast.
One woman receiving treatment in the camp with her daughter and neighbour, told UNHCR staff : "We felt stomach pains as soon as we ate. We felt we couldnt breathe and then saw that our neighbours were all suffering at the same time".
Another elderly man, who was waiting to return to his tent after being treated said: "We're grateful for the assistance you have provided. You have been very good with us".
PHOTOS: UNHCR/ Amira Abd El Khalak

Zamira Rahim (CNN) reports, "People began vomiting and complaining of stomach pains shortly after Iftar, the evening meal that Muslims eat to break their fasts during Ramadan."  ALJAZEERA adds, "The food was provided by a non-governmental organisation. Authorities have launched a formal investigation into the incident, officials said. The Kurdish news agency Rudaw, citing Erbil's mayor, said the owner of the restaurant that made the food had been arrested."  AP quotes Ministry of Health spokesperson Seif al-Badr stating, "There are 752 cases of food poisoning and two death, a woman and a child."

The tragedy continues
Hundreds of people poisoned in IDP camps around #Mosul, no official statement on what is caused this. #Iraq 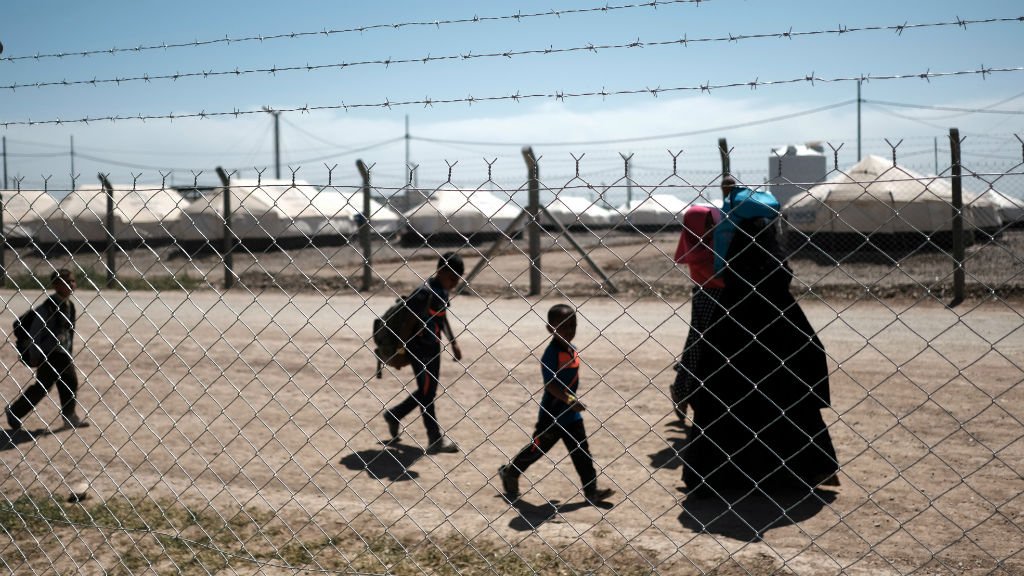 It's produced a record number of refugees.

And still it continues.


The Iraqi military had planned on a big celebration Saturday, the third anniversary of the Islamic State's capture of Mosul, by completing the liberation of Iraq's second-largest city and the militants' last major stronghold in the country. But it didn't happen.
Instead, the military is still struggling to eject a militant group that has shown renewed determination and ferocity than expected despite being heavily outnumbered.


Remember when The Mosul Slog was only supposed to last a couple of weeks?

Meanwhile, in the United States . . .

A daughter of 38-year-old Iraqi immigrant arrested Sunday recalled what happened when ICE agents showed up at her Sterling Hts, MI, home:

ICE has arrested and is planning to deport dozens of Iraqi Christians cnn.com/2017/06/12/pol…

In a series of raids Sunday, Immigration and Customs Enforcement (ICE) agents arrested as many as 100 Iraqi immigrants in the Detroit metro area, including Muslims and many Chaldean Catholics, some of whom were reportedly captured while leaving church services.

Family members of the arrestees told the World Socialist Web Site that the detainees were sent to a for-profit prison four hours away near Youngstown, Ohio, from where they face immediate risk of deportation to Iraq.
[. . .]
Relatives say that deportation will be a “death sentence” due to the ongoing war and sectarian strife that has enveloped Iraq since the US invasion of 2003. While ICE claims they are only deporting dangerous criminals, relatives say some of the arrestees were convicted for crimes as minor as marijuana possession and that many of the convictions are decades old.
The decision by the Trump administration to deport refugees to Iraq explodes the claims that the US wars in Iraq and Syria are “humanitarian” interventions aimed at protecting the population. In violation of international law, the US government is sending the arrestees into an active warzone in a region that it continues to bomb. Iraq has been laid to waste by 25 years of permanent US-led war. The death toll is in the millions.