Squash casserole?  Love it.  Make it with Ritz crackers.  Cook the bacon and the diced onion in the skillet.  Grease my casserole dish with butter.  Add the sliced squash to the skillet.  Crumble two sleeves of Ritz crackers and put them in the casserole dish.  Add the contents of the skillet to the dish.  Add 6 ounces of shredded cheese and two eggs.  Stir all together.  Top with some more cheese and pop into a 350 degree oven.

But Lance has a different squash casserole recipe he likes from Taste of Home:

And this is from WSWS:

The WSWS has endorsed Will Lehman’s campaign for UAW president. On Sunday, September 11, at 2 p.m. Eastern, Lehman will be hosting a live Q&A on Zoom. Learn more and register here.

During his recent tour of auto plants in the US Midwest, UAW presidential candidate Will Lehman spoke with hundreds of workers about his campaign. Lehman received a powerful response at Ford’s Kentucky Truck Plant, where over a hundred workers signed up to receive more information.

“In the trash room where we’re mainly located,” one worker in UAW Local 862 said, “we’ve been there seven years, and we don’t have any fans in there. They treat us like bottom feeders.”

Lehman explained that his campaign is fighting to abolish the multi-tier system, but that this is only possible as part of an international movement of the working class.

“I’m for abolishing the whole bureaucracy at the UAW International,” Lehman said. “It should be workers deciding how to carry out the fight.”

“The workers need to take the power back,” Lehman said to another worker at the same plant. “And it’s not just going to be done through an election. I’m talking about building [rank-and-file] committees on the shop floor.”

I believe Will Lehman could make a real difference.

Wednesday, September 7, 2022.  Robert Pether's life remains at risk in Iraq, Joe Biden continues to persecute Julian Assange and there's no end to the stalemate in Iraq.

Robert Pether is a 47-year-old Australian citizen who has been arrested on questionable charges in Iraq and held in a prison where it is said he has been tortured. Matthew Doran (Austalia's ABC) noted last month, "United Nations investigators have raised concerns Pether, and his Egyptian colleague, Khalid Zaghloul, have been exposed to torture techniques while imprisoned."  Christopher Knaus (GUARDIAN) reports:

The Australian government says it holds “serious concerns” for the welfare of Australian engineer Robert Pether as his health deteriorates in a Baghdad jail cell, a process his wife has likened to “watching his murder in slow motion”.

The Guardian has obtained the first photos of Pether since he was arrested and arbitrarily imprisoned in Baghdad in April last year over a business dispute between the Iraqi government and his architecture firm, which was engaged to build a new headquarters for the central bank.

They show a gaunt-looking Pether, with discoloured skin and new moles covering his body, particularly on his back, which his doctors and family fear are cancerous.

Pether had already survived skin cancer prior to his imprisonment, and his doctors say local health services are failing to conduct proper tests and have botched the excision of two moles, putting him at severe risk of infection.

“Robert Pether is imprisoned in a 14ft cell with no windows and only one door with [up to] 21 other men,” his doctor wrote in a letter to Australian embassy staff two weeks ago. “To perform surgery on any patient and send them back into that environment is unconscionable.”

Pether’s family say he is innocent and a United Nations working group has previously criticised his trial – and that of his colleague, Egyptian national Khalid Radwan – as compromised.

In a report in March, the UN working group on arbitrary detention released a report on Pether’s detention in March, finding it to be arbitrary and a breach of international law.

Australia's Deputy Prime Minister Anthony Albanese says he raised the issue in a meeting with Iraq's caretaker prime minister Mustafa al-Kahdimi back in June; however, the transcript the Iraqi government released includes no such exchange.

The Australian government is the weakest in the world.  It does nothing to protect its citizens.  Their failure with regards to Robert are echoed in their failure to defend Julian Assange.  Michael West shines a light on the corrupt government in Australia:

Australia needs healing, we need transparency in government. But the government continues to prosecute whistleblowers for doing the right thing. Afghan war crimes whistleblower David McBride and tax office whistleblower Richard Boyle face years in prison. Julian Assange faces a secret prosecution in the US. Yet the government has failed miserably to be accountable for its reckless and clandestine use of public money.

As McBride noted this week on Twitter: “the guy [Hurley] ran the ADF when at least 39 Afghans were murdered by our most decorated soldiers”. Where is the official inquiry into Australia’s involvement in war crimes in Afghanistan?

Instead of government action, the public has been treated to a private “show-trial”, a $30m defamation extravaganza playing out in the civil courts over Ben Roberts-Smith’s alleged involvement in the murders of Afghan civilians. Like so many government services, it seems accountability has also been outsourced, privatised.

As the role of holding power to account has devolved to independent politicians, the Greens and independent and social media, the mainstream media seems destined again to fulfil its role of “bayoneting the dead”, rather than holding the torch of transparency, piling in once there is no option but to cover the story.

Just as they piled on in droves to the News Corp Mean Girls scoop – essentially political gossip and speculation that Labor figures Penny Wong, Kristina Keneally and Katy Gallagher were responsible for the manslaughter of former senator Kimberley Kitching, they ignored the story of sexual antics in the Parliament prayer room and police persecution of the #PrayerRoom whistleblower, a story backed by documents arising from a Morrison government inquiry.

That too was left to independent media, FriendlyJordies and this journal, and many thousands of posters on social media.

Never one to pull his punches, Page was hostile to “embedded” journalism, the mainstream media, and the persecution of Julian Assange and others attempting to expose corporate corruption and the bloody reality of imperialist war.

In a powerful interview with the WSWS in November 2019, Page bluntly declared: “Without a free and open media, we are doomed culturally and politically. In this despotic time, it’s necessary that we have whistleblowers, and folk who can open up the Pandora’s Box of corruption and deceit.

“The fashion in which the Australian government has abandoned its own citizen and whistleblower, Julian Assange, is revealing of its own demise and dysfunction as a democratic system of government.

“The greed mongers and the people that run this country appear to me to be a bunch of corrupt businessmen. They don’t want to defend Assange because it will upset their arrangements with the US.”

The government in Australia has become a dirty joke.  But it's not as awful as the government in the US where US President Joe Biden conducts his ongoing persecution of Julian Assange.   Julian's 'crime' was revealing the realities of Iraq -- Chelsea Manning was a whistle-blower who leaked the information to Julian.  WIKILEAKS then published the Iraq War Logs.  And many outlets used the publication to publish reports of their own.  For example, THE GUARDIAN published many articles based on The Iraq War Logs.  Jonathan Steele, David Leigh and Nick Davies offered, on October 22, 2012:

A grim picture of the US and Britain's legacy in Iraq has been revealed in a massive leak of American military documents that detail torture, summary executions and war crimes.
Almost 400,000 secret US army field reports have been passed to the Guardian and a number of other international media organisations via the whistleblowing website WikiLeaks.

The electronic archive is believed to emanate from the same dissident US army intelligence analyst who earlier this year is alleged to have leaked a smaller tranche of 90,000 logs chronicling bloody encounters and civilian killings in the Afghan war.
The new logs detail how:
• US authorities failed to investigate hundreds of reports of abuse, torture, rape and even murder by Iraqi police and soldiers whose conduct appears to be systematic and normally unpunished.

• A US helicopter gunship involved in a notorious Baghdad incident had previously killed Iraqi insurgents after they tried to surrender.
• More than 15,000 civilians died in previously unknown incidents. US and UK officials have insisted that no official record of civilian casualties exists but the logs record 66,081 non-combatant deaths out of a total of 109,000 fatalities. 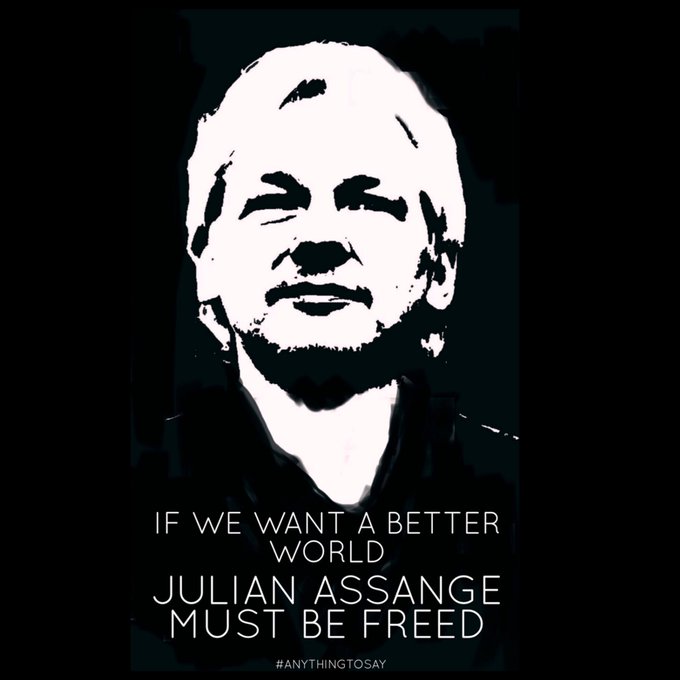 The editorial board of THE HINDU pretends to care in their feature asking why but their selective use of the facts make it clear that they don't care.  That's pretty much true of all the western media outlets and of foreign governments who've just stood passively by and pretending this political stalemate is natural and nothing to be concerned about.

An explosion rocked an Iraqi militia group's base near Baghdad on Monday, according to security sources.

While the nature of the incident is unknown, it is the fourth explosion of its kind in under a month, The New Arab's Arabic-language sister service, Al-Araby Al-Jadeed, reported.

"An explosion occurred and a fire broke out in a warehouse of equipment and missiles belonging to the Asaib Ahl Al-Haq militia in the Al-Suwaira area in Wasit province," Iraqi media quoted security sources as saying.

"The explosion's nature and causes have not yet been determined. It caused flames and columns of smoke which covered the sky above."

The Iraqi government held its second session of a national dialogue among Iraqi political parties on Sept. 6, called for by Prime Minister Mustafa al-Kadhimi and attended by all political parties except Sadrists.

The dialogue did not produce a clear outcome. Attendees only agreed to form a technical committee to seek political solutions, but no timeline has been set for forming the committee.

New videos were released over the last few days from last week’s violence showing young men fleeing gunfire amid the leafy green streets and palatial gates of the Green Zone, amid shouts blaming “the parties” and bloodied limbs. The videos continue to circulate amid festering concerns for Iraq’s stability.

Efforts are being made by the government to calm the two sides involved to avoid further bloodshed as well as mitigate repercussions from the violence on relations with countries both near and far, to avoid a halt in investment and any worsening of the country’s already dire economic situation.

Amid signs that incidents between rival Shiite militias may be underreported, multiple meetings have been held with US and other officials, while some note that the country simply cannot afford the economic impact of continued unrest.

Defense Industries Commission chief Mohammed Sahib Al-Daraji told Al-Monitor, “Of course, if the situation continues,” then “no new investment will be attracted to the country because of the lack of stability — the lack of law.”

Some of the worst violence in many years in the country started on Aug. 29 and continued into the following day until an order arrived from powerful Shiite cleric Muqtada al-Sadr to all of his followers to withdraw from the heavily fortified area of central Baghdad containing many government buildings and embassies.