Medicare for all -- it's doable

What we need?  Medicare for all. 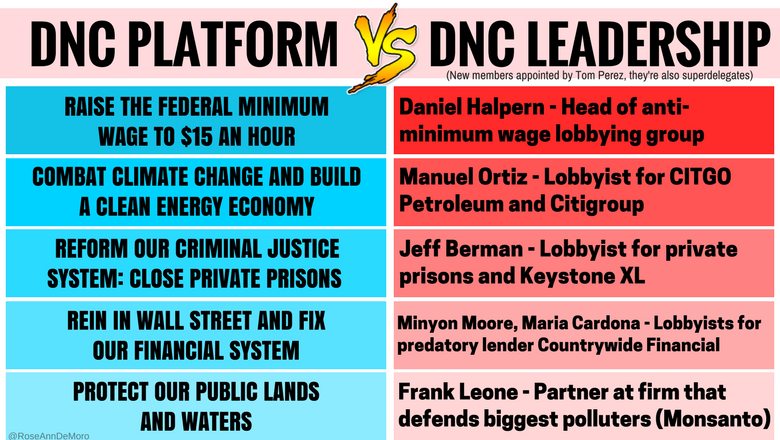 Project Bernie‏ @ProjectBernie16 Jan 5
#MedicareForAll Will Save Thousands And Thousands Of Lives Every Year. 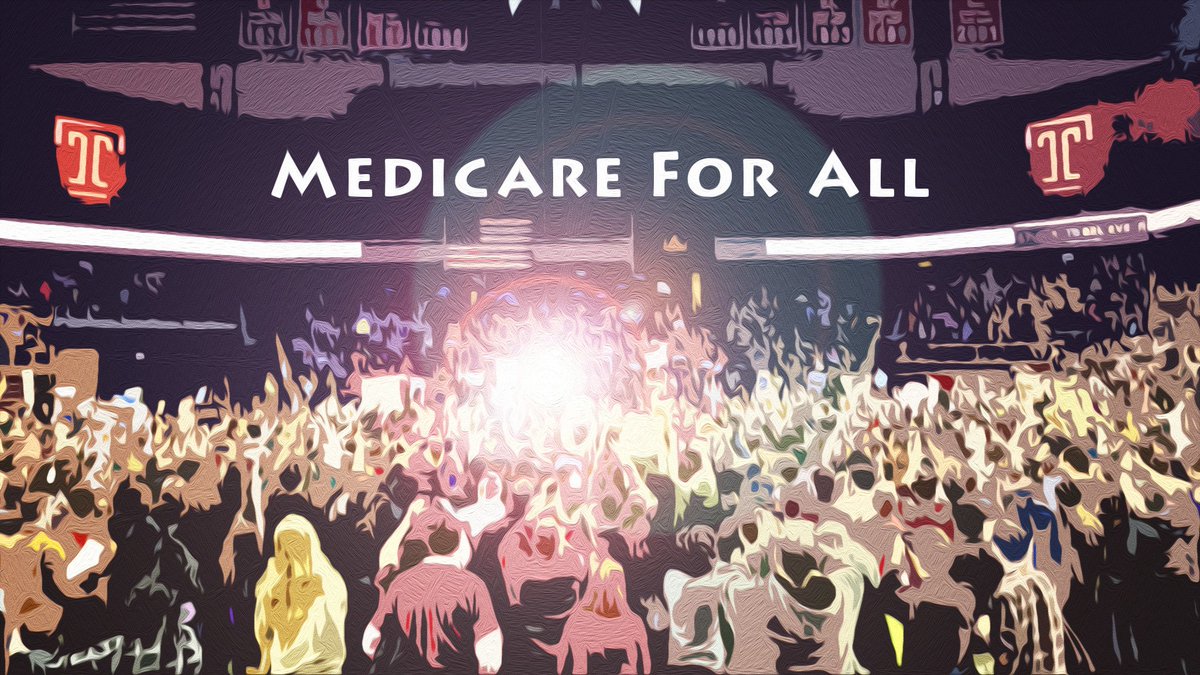 
Medicare for all.  We have to be able to say it, to discuss it, to see it.  And then we have to be willing to demand it.

NationalNursesUnited‏Verified account @NationalNurses Jan 1
In 2018 #nurses are demanding #Medicare4All because it ensures people get the care they need when they need it, regardless of income.

Why do YOU support Medicare For All? 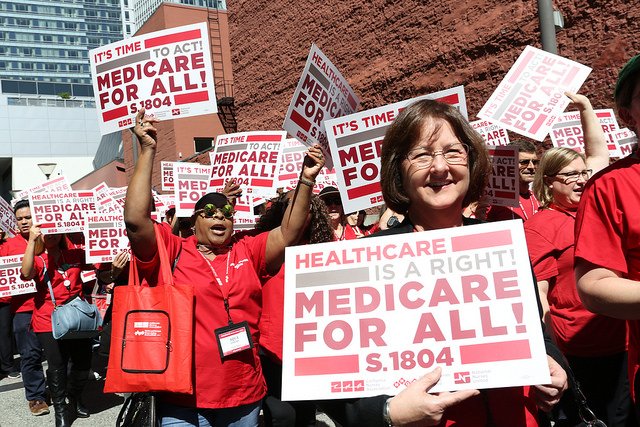 
It is more than possible.  This is something that is doable.

Monday, January 8, 2018.  Chaos and violence continue, one of the fallen arrived home last Friday, look who's supporting Kirk Douglas, and much more.

Let's start with the Golden Globes.  No, we didn't all stand for Kirk Douglas.  As a friend of Natalie Wood's I refused to stand.

I don't know that he raped Dorothy Dandridge but I do know that rumor is out there and has been for decades.

Are you surprised that Katrina vanden Heuvel would applaud him?

This is the woman who was printing Scott Ritter's pieces in THE NATION.

Some people still print him.

But we had to call her out here and bring up her own daughter to get him out of THE NATION.

Ritter, for those who forget, is the UN inspector who was busted -- twice -- for attempting to hook up with underage girls.  He claimed it was all because he was speaking out against the illegal war and Bully Boy Bush had it out for him.

But the third (fourth?) arrest came when?  When Barack Obama was president.

Was Barack also against Scott Ritter?

He finally went to prison for that one.

But prior to prison, Katty van van was more than happy to publish Scott Ritter.

There's no #MeToo movement she's ever been a part of it.

It took Ava and I documenting the sexism at THE NATION repeatedly for a year -- doing the byline statistics -- for them to finally admit there was a problem publicly.  Prior to that admission, we received e-mails and phone calls begging us to stop, telling us we were hurting the magazine.  Saying, "If you had a problem, you could have come to us."

Because we had.  And so had women working at the magazine.  We never kept it a secret that it was women writers who brought the issue to us -- see "Are You A Writer For The Nation? If so, chances are you have a penis,"

And despite Katty van van being in charge and being a woman nothing was happening.

What was our final statistic on bylines?

And it took us shaming THE NATION publicly to get it to improve even a little.

So Katty van van rushes to prop up rapist Kirk and are we surprised?

She's living on money, please remember, that her grandfather robbed from Lena Horne and other African-Americans.  That grandfather being one of the reasons Katty van van's mother took a dive off her balcony to her death not all that long ago.  (And, yes, Katty, I still know what you were looking for in your mother's apartment and I still know it's actual location and that's you will never find it.)

So there's We The People and then there's manly Katty.

And Elaine captured her as a child like no one ever did!

And she'll never get a hold of what's she's looking for.

Kirk didn't end the blacklist.  And he wasn't even a nice guy.  Read SLATE and THE ATLANTIC for reality and grasp what a liar Kirk is.

When I posted from the Globes last night, I thought I was going to be all alone.  I saw only a few people not applauding Kirk.  But the great thing was that a friend then texted me to look at Twitter.  I did and I know that post I did on my phone is messed up -- mid-way it starts over -- but I have trouble copying and pasting on my phone.  (No problem with the one I did on a tablet after the Globes.)

We are not alone.

We will never have the support of the likes of Katty van van but that's okay.

I defend Rose McGowan even when some think she's gone too far.  She's got to go too far to be taken seriously.  THE NATION's response to our tracking the number of women they published in 2007 is so telling.  Kill the feature!  Stop tracking the numbers!  We'll give you what you want!

(Ava and I didn't want to write for THE NATION, why would we?  Writing is not our career or profession and we did this -- and still do -- out of obligation.)


The powers that be -- which does include Katty van van -- are used to abusing women and then shutting people up by offer them bribes and pay outs.

Rose has to be loud and has to hit hard.  I get it and I applaud her.  And if someone says, "Did she go to far?," my response will always be, "She didn't hurt anyone and she's got a right to that anger."  When we let them smooth over our anger to buy our silence we lose.

Katty hates me and I can live with that and not give a damn because, in the end, that hatred of me and anger towards me is the only thing that made life a little bit better for women at THE NATION.

Silence isn't an option and Rose has inspired the world -- inspired and changed it for the better.


Iraq.  The war continues due to the continuing lies.

Few have done more harm than our 'friend' Patrick Cockburn.

In his most recent piece, he's all about "men."


The Iraq War hits the 15 year mark in March and Patrick's still unaware that women are in Iraq.


He surveys Iraq and thinks the war may finally be coming to an end this year.  I disagree with what he sees but I will give him credit for grasping that the war is not yet over.

Common decency, however, does not dictate that we give any credit for this nonsense:


I was in Baghdad in October and November where there are now less violent incidents than at any time since 2003. Compare this with upwards of 3,000 people blown up, shot or tortured to death in the capital in a single month at the height of the Sunni-Shia sectarian civil war in 2006-7.


We've repeatedly argued, year after year, that using 2006 to 2007 as a baseline is wrong.  That was the open civil war.  It will always be a period of more violence.  As for Baghdad, the last three years have seen far less violence in Baghdad and far more outside the city.  Baghdad is a fortress.  It was that way during the build up of the Green Zone.  It got more so when they were afraid, in the summer of 2014, that the Islamic State was going to seize Baghdad.

As for violence in Iraq?

8 out 10 most terrorized countries in the world were Muslims

[100% of countries victimized by state-conducted terrorism were
Muslims] 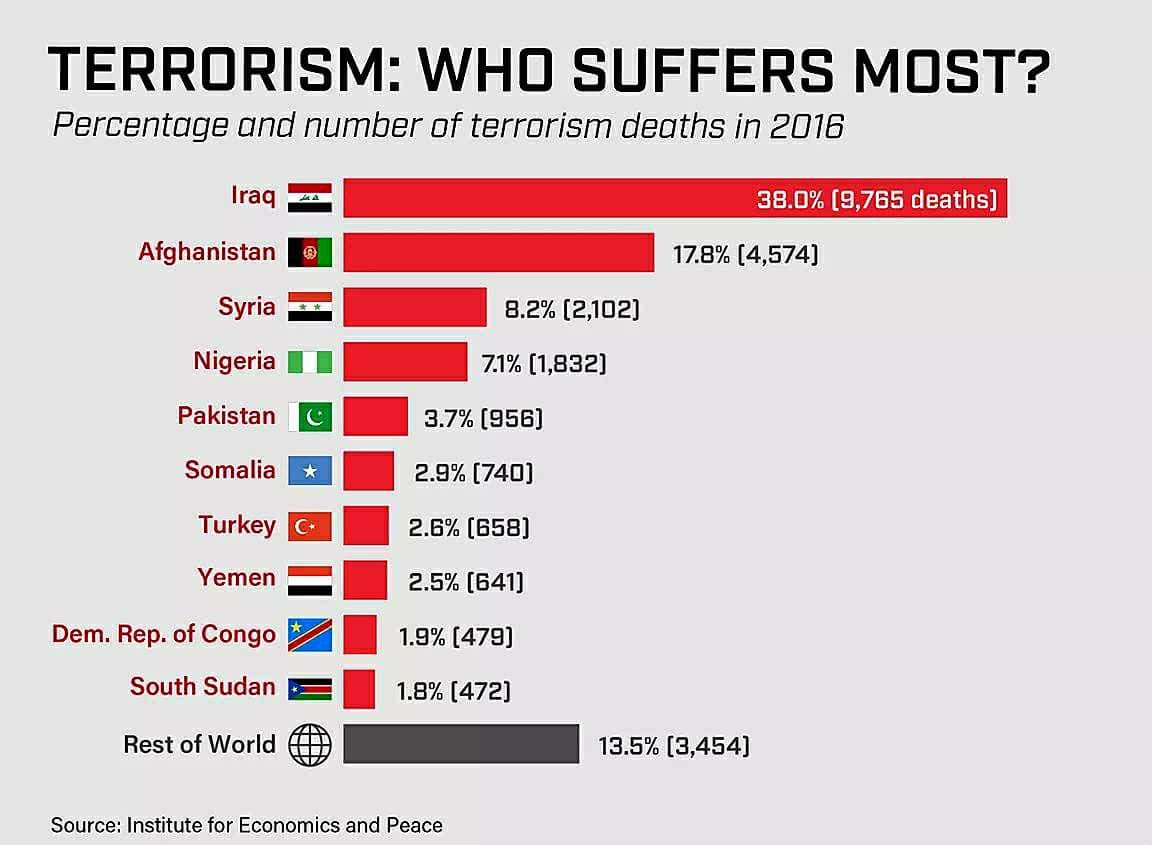 Twelve people were wounded Monday when mortar rounds hits an ethnically mixed city in Iraq's central province of Salahudin, a security and a lawmaker said.
During the day, several mortar rounds landed on the city of Tuz-Khurmato, some 90 km east of Salahudin's provincial capital Tikrit, leaving 12 people wounded, including three women and two children, along with damaging several houses in the city, a provincial security source told Xinhua on condition of anonymity.

And then there's the violence via the US-led coalition.  MIDDLE EAST MONITOR reports:

Air strikes contributed to a doubling of civilian deaths in Iraq and Syria last year, according to a war monitor, raising fresh questions over the death toll resulting from the push to defeat the Islamic State group.
At least 15,399 civilians were killed globally from "explosive violence" in the first 11 months of 2017, according to Action on Armed Violence’s (AOAV) report drawn from reports in English language media.
Civilian deaths in Syria increased by 55 percent to 8,051 from the 2016 figure, while over the same period in Iraq, there was a 50 percent increase to 3,271.


AOAV said the majority of the total 15,399 civilian deaths were caused by air-launched weapons (58 percent), for the first time since it began to reporting in 2011. The wars in Syria, Iraq and Yemen largely responsible for the increase.


Karen McVeigh (GUARDIAN) adds, "According to Airwars, which monitors deaths in Iraq and Syria, the estimated number of alleged civilian deaths as a result of US-led military operations against Isis in Iraq and Syria last year was between 11,000 and 18,000. An Associated Press report last month put the estimated number of civilian deaths in Mosul alone at 9,000."

Iraqi security forces are forcibly returning civilians from refugee camps to unsafe areas in the predominantly Sunni Anbar province, exposing them to death from booby-traps or acts of vigilantism, refugees and aid workers say.
Managing more than two million Iraqis displaced by the war against ISIL is one of prime minister Haider Al Abadi's most daunting tasks. But critics say he is more interested in winning elections in May than alleviating the suffering of displaced Iraqis and returning them home safely.

Authorities are sending back people against their will, refugees and aid workers say, to ensure that the election takes place on time. People must be in their area of origin to vote and if they do not return home, this could delay the election.

The reality of the war -- rarely noted.

Another reality of the ongoing war: US deaths.

A flag line at the Modesto Airport on Friday afternoon honored the return home of a 20-year-old soldier from Turlock who died in December in Iraq.
Spc. Avadon A. Chaves was killed on Dec. 20 in a noncombat-related incident, according to the Department of Defense.
Patriot Guard Riders stood in honor of Chaves at the airport as he was transferred from an aircraft to a waiting coach. The California National Guard Honor Guard also accompanied the body. Members of his family, including his parents, were at the airport when the plane landed.

Things the president could tweet about instead of his own bruised ego: He could have expressed his profound sadness that the body of 20 year old Spc. Avadon A. Chaves, who died in Iraq, was returned to his family for burial.  1/

and my prayers go out to his parents and family 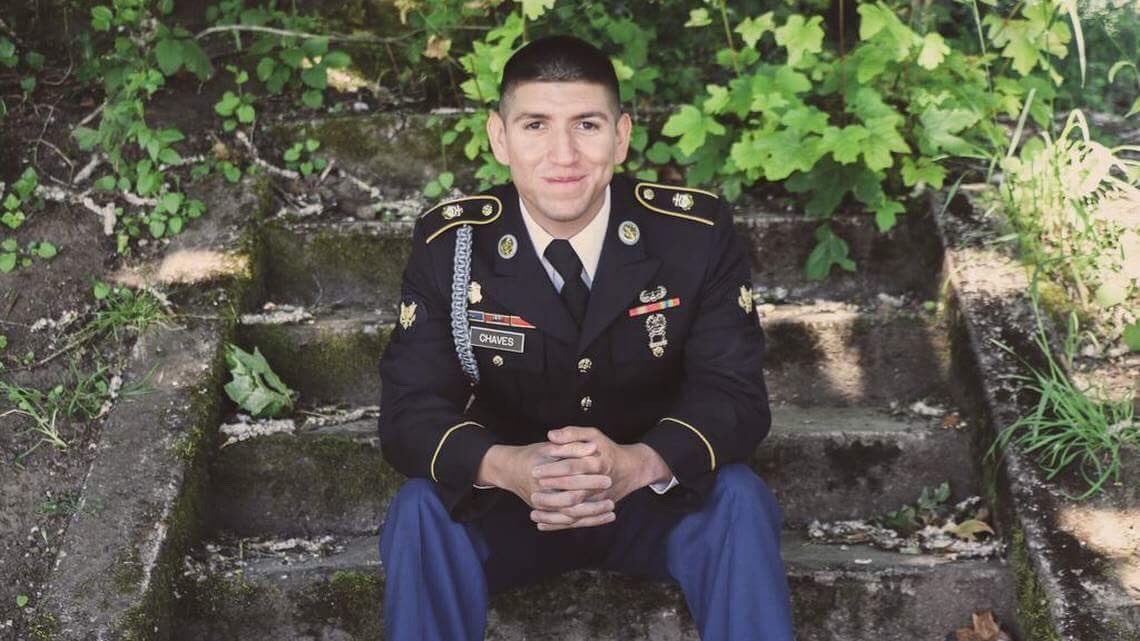