Things are not getting better

Hope you caught this:

Warned in 1992 and now things are worse.

Don't pin  it on one political party, the duopoly shares the blame.

"Someday We'll Be Together" by Diana Ross & the Supremes is one of the 19 number one pop songs (BILLBOARD US singles chart) that Diana Ross has sang on.  November 19th, she'll be on the live broadcast (ABC) of The American Music Awards to perform and to receive the American Music Award for Lifetime Achievement.  Motown Classic is issuing DIAMOND DIANA: THE LEGACY COLLECTION November 17th to note this monumental achievement.


A very strong earthquake has shaken parts of Middle East.

In this video, the guest is speaking from Iraqi Kurdish city of Sulaimani when the studio started to shake
0:22


A magnitude 7.2 earthquake has hit near the Iraqi city of Halabja close to the Iraq-Iran border, US Geological Survey says. cnn.it/2hsswgB 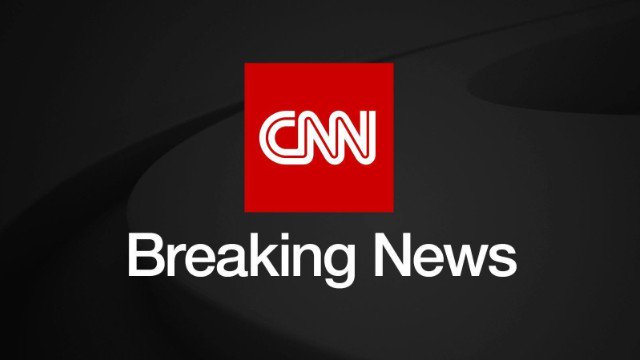 Australia's ABC NEWS explains, "The quake's epicentre was in Penjwin in the north-western Sulaimaniyah province, within the semi-autonomous Kurdistan region very close to the Iranian border, according to an Iraqi meteorology official. The electricity was cut off in several Iranian and Iraqi cities, and fears of aftershocks sent thousands of people in both countries out onto the streets and parks in cold weather."


Since the earthquake hit, some have noticed who is -- and is not -- providing aid.


So Turkey has sent aids and rescue teams to Iraqi Kurdistan (which most of the damage is in Sulimania and Halabja provinces) but Iraq's PM al-Abadi has neither offered help nor sent teams. This is not how you build a country, @HaiderAlAbadi.
9 replies55 retweets84 likes


Iraq wants Kurds be part of it!
But...
Hours after the deadly earthquake hit Kurdish areas of so-called #Iraq, NOT A SINGLE IRAQI OFFICIAL talked about it.
-
#PrayForKurdistan #Kurdistan is not Iraq!
7 replies46 retweets81 likes

If I was @HaiderAlAbadi, I would have visited the affected areas (by earthquake) near the Iraqi-Iranian border, just the way he has been visiting liberated Sunni areas and visited Karbala on Arbaeen.
Abdulla Hawez added,
Abdulla HawezVerified account @abdullahawez

So Turkey has sent aids and rescue teams to Iraqi Kurdistan (which most of the damage is in Sulimania and Halabja provinces) but Iraq's PM al-Abadi has neither offered help nor sent teams. This is not how you build a country, @HaiderAlAbadi.
4 replies14 retweets14 likes


And this lack of effort on the part of the Baghdad-based government means other issues are raised as well.


#Iraqi Government prevents medicine of Cancer patient to enter #Kurdistan Region, and asks all the private medical companies to avoid entering any medicine into #KRG, otherwise they will face punishment of law.


Is that not an issue to the global community?

Hayder al-Abadi is preventing medicine from entering the KRG.  How is this acceptable?


How is it acceptable that the Iraq War continues?

Or that people continue to die in the Iraq War.

The US Defense Dept announced Sunday:


The Department of Defense announced today the death of a soldier who was supporting Operation Inherent Resolve.


The Iraq War drags on.

Many Americans don't realize that.

Some Americans don't know what the hell they're talking about.  Case in point:

The tradition of black women leading #TheResistance is a strong one, dating back to Harriet Tubman. Shirley Chisholm was 1st black woman elected to congress. Barbara Lee was the ONLY house vote against the disastrous Iraq war and Maxine waters leads opposition to trump


"Barbara Lee was the ONLY house vote against the disastrous Iraq War."

133 members of the House voted against.


How stupid do you have to be to claim that "Barbara Lee was the ONLY house vote against the disastrous Iraq War"?


Here are the ones voting against:


Again, how stupid do you have to be to claim Barbara Lee was the only member of the House to vote against the Iraq War?

Grasp that the mistake says many things including that you talk about the Iraq War despite not knowing the first thing about it.

It also says that you're a White person so desperate to prove you're 'down' with Women of Color that you'll toss out anything -- but won't do the actual work required to be 'down' with the facts.

And by the way, Jon and Joel, how about breaking the stereotype of middle-aged, middle-class gay men being hostile to lesbians?

For a pair that self-describes as:


you might need to take a moment to note Tammy Baldwin.

Kat's "Kat's Korner: Taylor Swift's REPUTATION is b-a-a-a-d in the best way" went up last night.  If you're wondering about THIRD -- I believe all pieces were completed last night.  (Ava and I completed ours.) I think the issue is the typing of what felt like a forever roundtable.