.@JoeBiden urges #Turkey to withdraw from #Iraq any forces not authorized by Baghdad http://sptnkne.ws/artv 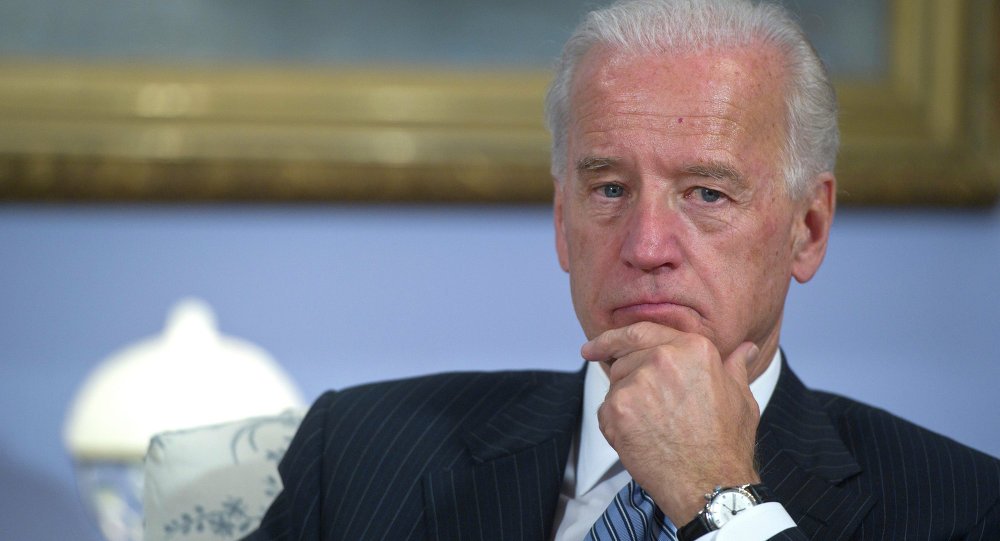 Well he certainly took his sweet ass time, didn't he?

This has been going on for how long now?

Join in, to the tune of "Gidget Goes Hawaiian" (written by Stanley Styne and Fred Karger, originally sung by James Darren):

Follow #SecDef Carter's travels in the #MiddleEast at our web special here: http://go.usa.gov/cKMB6 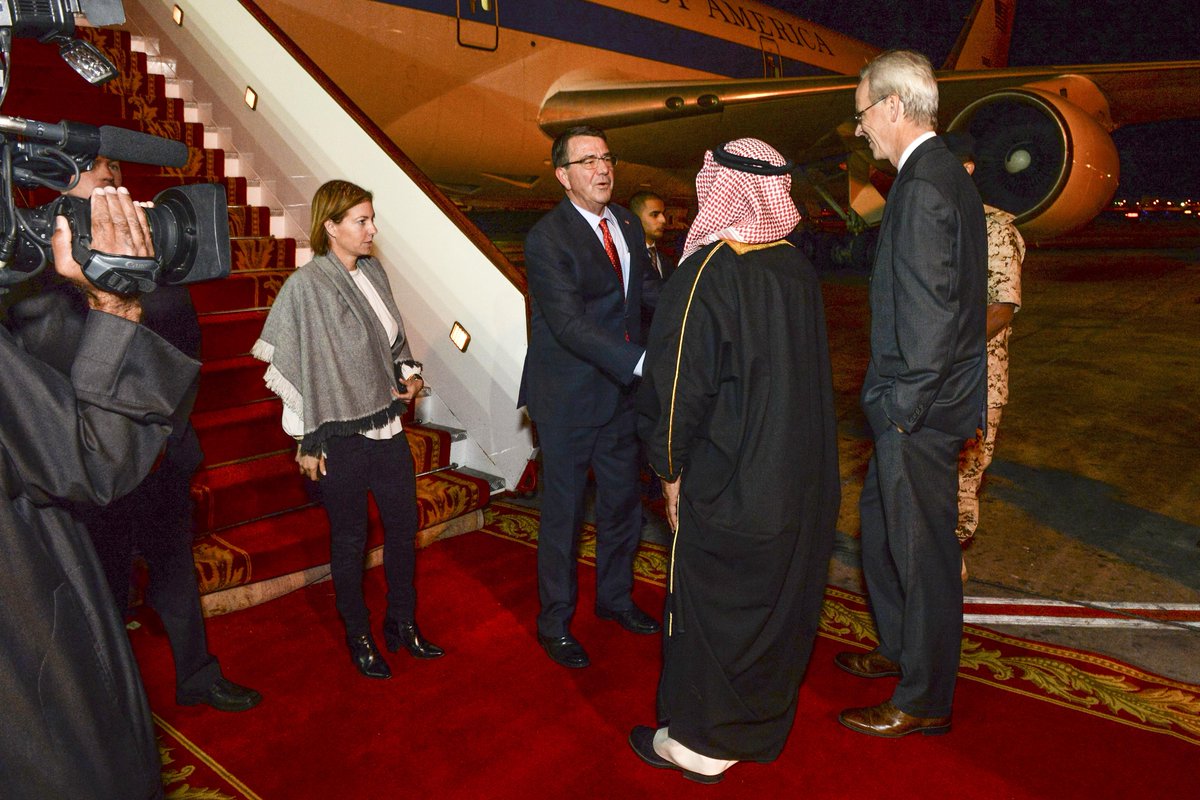 Speaking to the US troops, Carter declared, "This fight has to be fought.  It's for civilization against evil.  It's for America against its enemies. [. . .] We will win.  But we need to win quickly, and that in turn, is on you, your ingenuity."

#SecDef Carter addresses troops in Baghdad, wishes them a happy holiday and thanks them for all they do 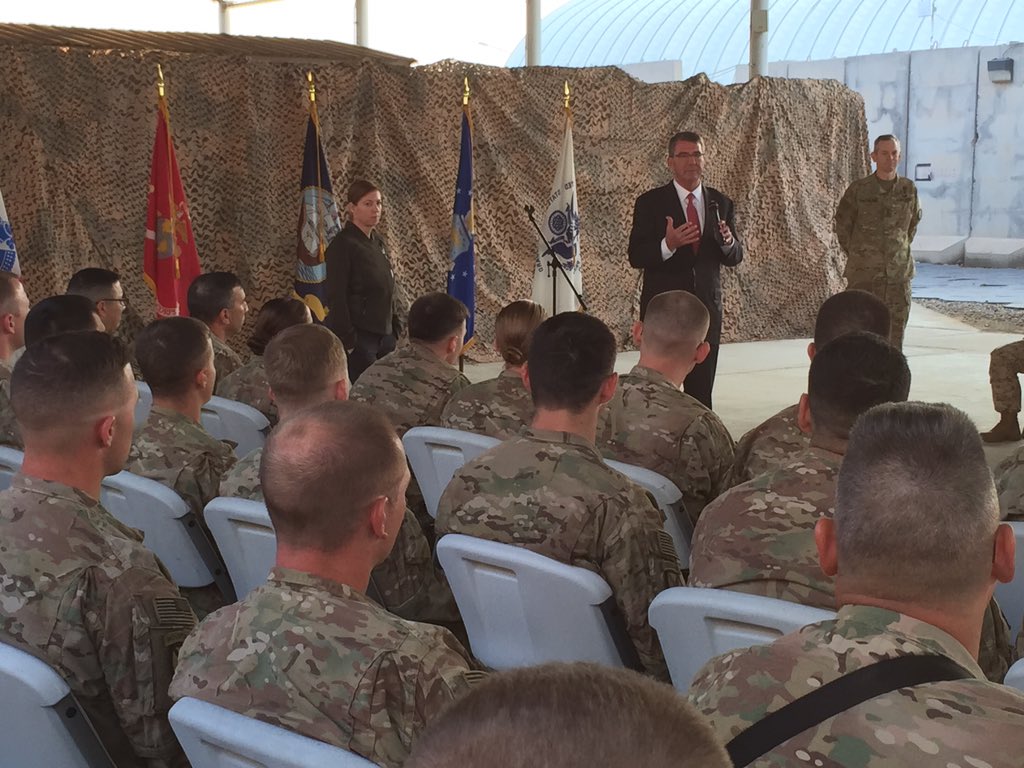 Secretary Ash Carter (speaking in Baghdad): But whatever you call it, here in Iraq and also in Syria, we have to defeat it, we're going to defeat it, and we're looking for ways to up our game and hasten that demise of ISIL, here in Iraq, also in Syria.  And I should say, by the way, from the nature of our world today, and -- I call it sort of social media terrorism, that even though the parent tumor of ISIL is here in Iraq and Syria, it's like a cancer. It metastasizes around the world.  So, we're combating everywhere else, including at home. And we'll do that, and we have do that, but we have to take out the parent tumor, which is here in Iraq and Syria.  Here in Iraq, we do that by importantly supporting the Iraqi Security Forces. We have to build them, we have to help them be successful, we have to do more than we've been doing, as circumstances arise, and of course, subject to Iraqi approval.  But to help that -- I expect us to be doing more. And I told General MacFarland, we're looking for him to bring us ideas for how we can hasten this.  Now, obviously, a lot of it hinges on the performance of the Iraqis, and we need to help strengthen. But we need to have things that no other contributor can possibly bring.  And there are others around the world, other members of the coalition who can bring things to the fight -- and I'm talking to them about supporting the fight, too, because this has to be what it needs to be, which is a fight of the civilized world against this form of evil.  And since it is good versus evil, and it's the powerful, after all, in the end of day, it's us, the powerful and the many against the few.  We will win. But we need to win quickly, and that in turn, is on you, your ingenuity. And I'm here to help you, and there will be others joining the fight as well, both here in Iraq, and here in Syria.

Secretary Ash Carter (speaking in Erbil): The Kurdish Peshmerga have been exactly what we have been looking for in this whole fight in Iraq and Syria, namely a capable and motivated force that we can enable. I had an opportunity, first and foremost, to meet with our forces here, and by the way, if anybody wonders whether there are boots on the ground in Iraq, there are 3,500 boots on the ground, including some wonderful people here.  And in addition to telling them how much their country appreciates them at holiday time. Of course, our business was to talk about how to enhance our effective -- the effectiveness of the campaign here.  Let me start with the Kurdish side, if I could. I had a very productive meeting with President Barzani. I commended him on some -- a couple of items of recent performance of the Peshmerga. One was the taking of Sinjar, which was important because it separated the Iraqi-Mosul side of the theater from the Syrian-Raqqah side. So that was an important objective and that couldn't have been accomplished without them.  But also, and very timely here in Erbil, there was an attack by ISIL right here in the Kurdish region last night by ISIL -- an intense attack which shows you that ISIL intends -- it certainly showed the people who live here that ISIL intends to strike at them and can strike at them. And it also shows -- showed how effective the Peshmerga were because they repelled the attack. And it showed you especially how effective they were as -- when they were enabled, as they were, by our -- our forces here that advised them, and in particular called in air.  I discussed with President Barzani the future of the campaign, particularly the role that his forces could play in the encirclement and recapture of Mosul, the second-largest city in Iraq, an important objective where we need to help, and he affirmed we would get the help of the Kurdish Peshmerga.


In addition to meeting with US and Kurdish forces, Carter also met with a few officials. 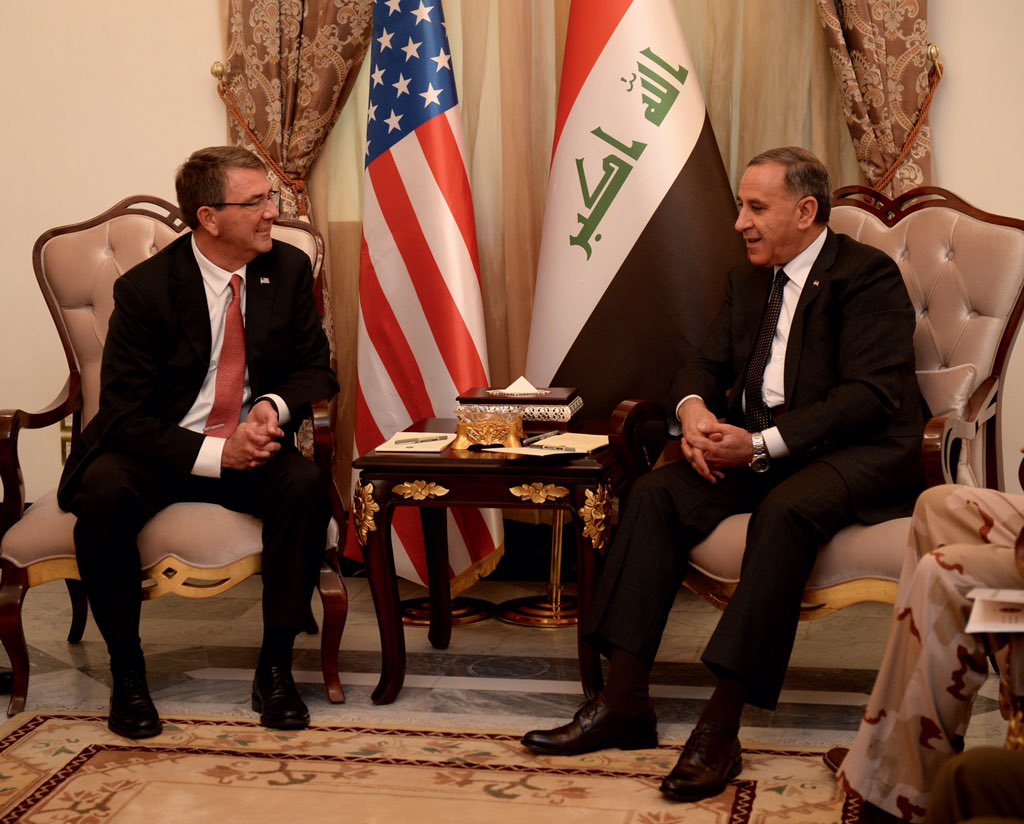 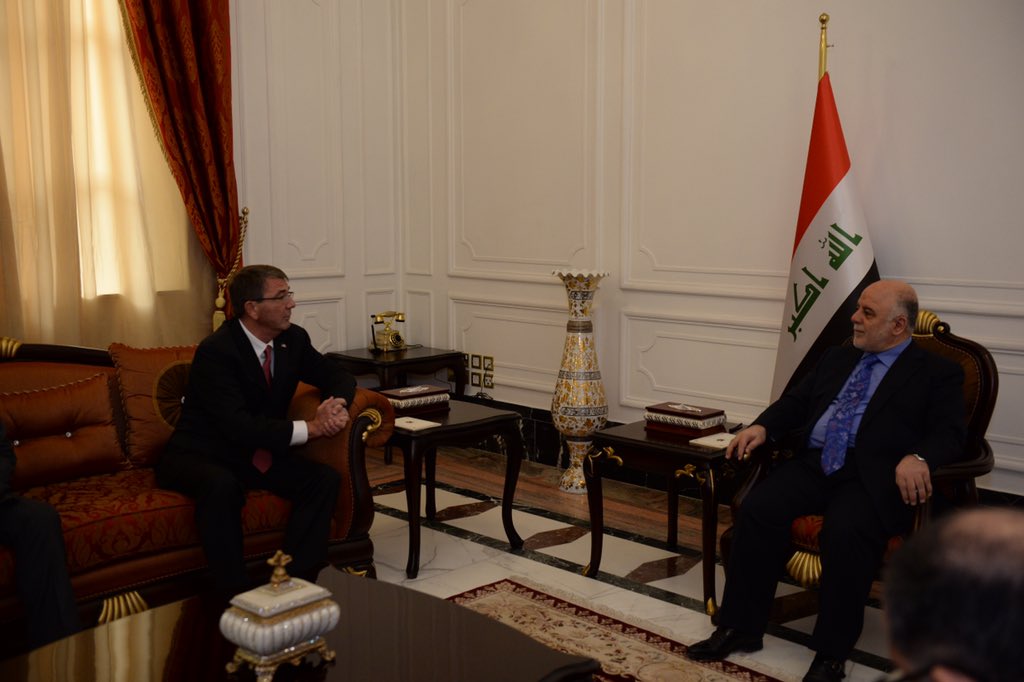 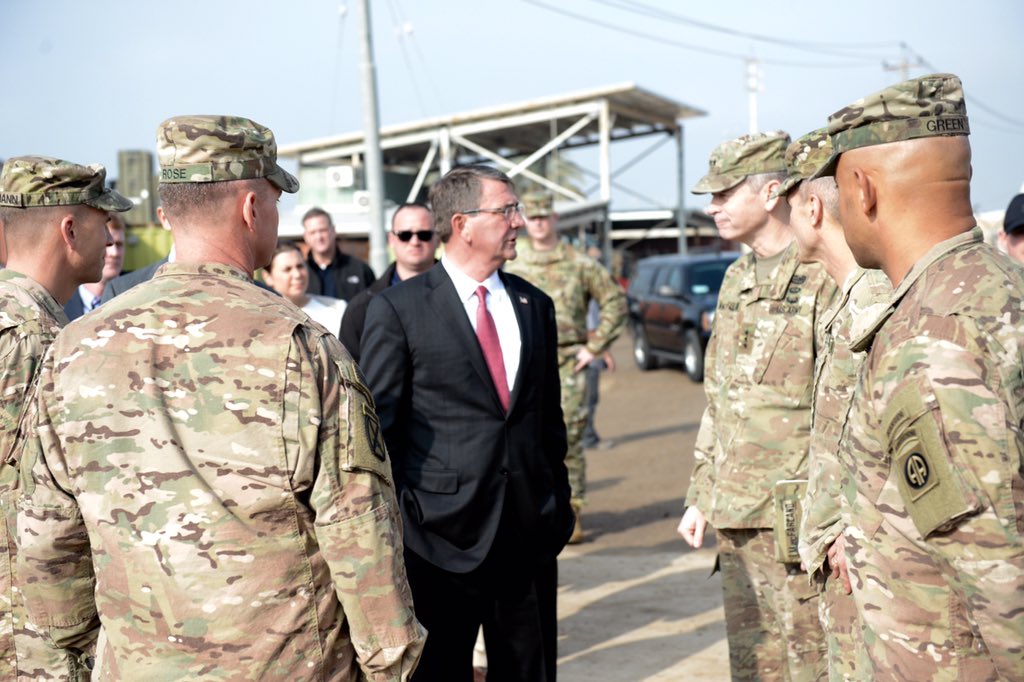 Whether or not the proposal is off is unknown.  It is known -- or should have been -- that the US government was aware Haider al-Abadi was already making such statements for public consumption and that he had conveyed this in conversations with US Lt Gen Sean MacFarland before Ash Carter made his now infamous remarks in this month's Senate Armed Services Committee hearing.


Secretary Ash Carter:  Turning to northern Iraq, Peshmerga units, with the help of U.S. air power and advisers, have retaken the town of Sinjar, cutting the main line of communication between Raqqa and Mosul, the two largest cities under ISIL's control. To move people and supplies, ISIL now must rely on backroads, where we will locate and destroy them. Elsewhere in Iraq, we have about 3,500 troops at six locations in support of Iraqi Security Forces, or ISF. There, we've been providing increased lethal fire and augmenting the existing training, advising, and assisting program. And we're prepared to do more as Iraq shows capability and motivation in the counter-ISIL fight and in resolving its political divisions. After a frustratingly long time, we are starting to see some movement in the operation to re capture Ramadi. Over the past several months, the coalition has provided specialized training and equipment -- including combat engineering techniques like in-stride breaching and bulldozing, and munitions like AT-4 shoulder- fired missiles to stop truck bombs -- to the Iraqi Army and counter-terrorism service units that are now beginning to enter Ramadi neighborhoods from multiple directions. In fact, in the last 24 hours, the ISF retook the Anbar Operations Center on the northern bank of the Euphrates River across from Ramadi's city center. This is an important step, but there is still tough fighting ahead. ISIL has counter-attacked several times, but thus far the ISF has shown resilience. The United States is prepared to assist the Iraqi Army with additional unique capabilities to help them finish the job, including attack helicopters and accompanying advisors, if requested by Prime Minister Abadi.

We covered the hearing in the Wednesday, December 9th "Iraq snapshot," "Turkey's invasion and occupation of Iraq continues..." and in the Thursday, December 10th "Iraq snapshot" while Mike covered it in "So now attack helicopters" and "What is the plan?," Betty in "Joe Manchin is a sad US Senator," Wally at Rebecca's site with "Who knew Ash Carter was a fan of The Killers?," Ava at Trina's site with "Those shameful senators," Ann with "That posturing and preening Senate Armed Services Committee," Ruth with "Senator Blumenthal misses the point," Kat with "Disgusting 'answer' to the refugee crisis" and Elaine with "Senator Claire McCaskill is a pig."


In Baghdad, on Wednesday, Carter took questions from the press.

Q: (inaudible) -- clarification -- (inaudible). When you announced the -- (inaudible) -- last week to the Congress, you put it in the context of the Ramadi fight. Are you saying now that the use of American Apaches to support the Iraqi forces and their (inaudible) advisers -- (inaudible) -- level is -- are steps that are unlikely to happen during the battle of Ramadi and will be perhaps taken up for a future engagement?

SEC. CARTER: They certainly might be taken up for a future engagement. And I am telling you that it's not either General MacFarland's judgment or the prime minister's judgment that they're needed right now for the completion of the fight in Ramadi. That does not mean that they wouldn't -- they won't make a difference sometime in the future.

And so, the offer of the United States when circumstances suggest it, and subject to -- always to Iraqi approval, our willingness to do more, including the use of Apache helicopters. So that's the situation.

Q: Mr. Secretary, there is some reluctance among some Iraqis to have a larger U.S. or coalition footprint on the ground here in Iraq. Did you discuss that with either the minister or the prime minister? And what is their assessment of how much more they could accept?

SEC. CARTER: We didn't discuss specifically, no, numbers. We did discuss the opportunity for the United States to do more. Now, you know, the ways that we uniquely contribute and can uniquely contribute to Iraqi battlefield success is by training Iraqi units, providing air support to Iraqi units, and possibly operating with Iraqi units to advise and do other things like that; not to replace them.

So I don't think in any case that the numbers were a part of the conversation -- numbers, per se. But I just want to be clear, numbers aside, we were talking about the opportunities that will arise in the future to increase the American contribution to Iraqi success here, and both he and I anticipate that those circumstances will arise as Iraqi troops move north to Mosul, and we're prepared to increase our contribution.

The US government has Lt Gen Sean MacFarland doing daily meetings in Iraq and they had Secretary of Defense Ash Carter visiting this week.

The White House still, however, struggles to seriously work on the political aspect.

Wednesday, December 16th in Baghdad, Carter did remark, "By the way, while I'm rattling on, I should say it's actually a whole-of-government too, because there's a political side to this, right, all these societies. And really importantly for us, there's a law enforcement, homeland security, intelligence, you know, my colleagues around the U.S. government matter in this, as well as everyone. That's a whole government approach."


That's the only time he noted the political aspect.

But it does underscore the lack of importance the White House has placed on diplomacy.


Yes, June 19, 2015, US President Barack Obama insisted in public that only a political solution could solve Iraq's various crises.

But it was just empty lip service as evidenced by the refusal to emphasize diplomacy.


Repeatedly, Barack has acted as though the answer -- the one and only answer -- was military.


In keeping with that one-note approach, the US Defense Dept announced today: