Caprese salad in the Kitchen

Okay, sorry, a lot of parties of late.  Everyone's got a gathering for the holidays.


Measure the balsamic vinegar and pour into a saucepan. Bring it to a gentle boil over a low heat. Cook it until the balsamic vinegar has reduced to a nice thick glaze (but still pourable), about 15 minutes. Oh and one other thing, your house will stink. But it's a good kind of stink, it's a vinegary stink. Allow the reduction to cool to room temperature before you serve it.
When you are ready to assemble the salad, cut the tomatoes into thick slices. Arrange them on a platter, alternating them with the mozzarella slices. Tuck the whole basil leaves in between the tomato and cheese slices.
Drizzle on the gorgeous, almost black balsamic reduction. Then drizzle olive oil in a thin stream over the top. Finally, sprinkle on salt and pepper.

A lady at Saturday's party brought this dish and told me where to find the recipe online.

It was a huge hit and it was very tasty.

Monday, December 18, 2017.  The United Nations stands for men only, protests take place in the KRG, and much more.

In Baghdad, the United Nations Population Fund played at concerns about equality on Sunday.

Maybe Nestor stood in because Matt Damon was otherwise occupied?

But there was Nestor prattling on about nonsense:

.
Through the Women Centres, UNFPA has successfully reached out, in the past 2 years, to more than 286,000 women and girls with gender-based violence services. The Fund has also supported the Department of Health in Dohuk in establishing and operate a center which provides comprehensive medical, mental health and psychosocial care, and the same model of this centre has been replicated in Amriyet al-Fallujah in Anbar governorate.

He insisted that the UN supported gender equality.

Apparently, to the United Nations, gender equality will be achieved by using men to speak for women?

The Special Representatives of the United Nations Secretary-General (SRSG) on Sexual Violence in Conflict (SVC), Pramila Patten, and for Children and Armed Conflict, Virginia Gamba urged Iraq to reconsider the draft amendments to the Personal Status Law that alter fundamentally the legal provisions governing marriage. It is a matter of concern that these draft amendments are silent on the minimum age of consent to marriage and do not apply to all components of Iraqi society.
[. . .]

“The boys and girls of Iraq, already victims of grave violations resulting from years of conflict, are now at risk of being deprived of their childhood. The Government of Iraq must take all necessary actions to protect every child by preventing the adoption of policies that can harm children already exposed to armed conflict,” SRSG Gamba added.

See the December 6th Iraqi snapshot for the UN's full response.  But it never got better.

We posted that cowardly garbage in full that day without comment.

Boys were not part of the proposed law.

But the UN couldn't be troubled with speaking up for Iraqi girls.

If they couldn't include "boys" in it, it wasn't worth making a statement.

They have repeatedly failed Iraqi women and girls.

They should be ashamed of themselves.


Iraq’s parliament has rejected proposed amendments to Iraq’s Personal Status Law (PSL) that would allow religious judges to impose discriminatory law on family matters, Human Rights Watch said today.
The amendments would have covered areas including inheritance and divorce, and, by giving powers to impose family laws to certain religious communities, would have allowed girls to be married as young as age 8 under some of these laws. The head of the women’s rights committee in parliament rejected the initiative in mid-November, blocking the bill. However, two leading women’s rights organizations say that some parliament members have threatened to continue to push for the amendments to secure votes in some parts of the country in the May 2018 parliamentary elections.

“Parliament’s women’s rights committee has made a great contribution to Iraqi society in rejecting this effort to scuttle Iraq’s family law protections,” said Belkis Wille, senior Iraq researcher at Human Rights Watch. “Threats by lawmakers to dismantle protections under the current law and restore discriminatory laws would be devastating to women’s rights.”
Parliament members from several Shia Islamic parties, spearheaded by the Fadhila Party, to which the justice minister belongs, proposed the amendments on November 1. The proposed amendments would enshrine Shia and Sunni religious establishment control over marriage-related matters and require courts to make exceptions to existing legal protections.
Hanaa Edwar, founder and general secretary of Al-Amal Association, a leading Iraqi human rights organization, and a member of the Human Rights Watch Middle East Advisory Committee, said the members also threatened to continue to push for the amendments unless the women’s rights committee dropped key protections in a domestic violence bill pending before parliament since 2015.

“The proposed amendments seek to establish sectarianism and undermine the principle of citizenship and national identity of Iraq,” Edwar told Human Rights Watch. “The amendments would violate key rights enshrined in Iraq’s constitution and laws, and would treat women as inferior to men.”


Get it?  Get who was under attack?

But for the UN to make a statement -- a late coming statement at that -- they had to include "boys" when it wasn't even effecting/targeting them.

Yet in their actions, they repeatedly make clear that the "your" is aimed at boys and men.

No wonder the UN finds itself in so many rape scandals and so repeatedly.

UN peacekeepers are sent to the most war-ravaged countries on Earth, ostensibly to help them transition to peace.
But some stand accused of committing crimes against the very people they are supposed to protect.
According to a recent investigation by the Associated Press (AP), between 2004 and 2016, the United Nations received almost 2,000 allegations of sexual exploitation and abuse against its peacekeepers.
The UN says it has a zero-tolerance policy on sexual exploitation and abuse, but survivors, activists, lawyers and human rights organisations say such crimes have been allowed to continue with impunity.
You'd think, with that reputation, the United Nations would be working overtime to address the problem as well as any and all appearances that they do not value female lives equally.

But they've done little to nothing.

In April of this year, Pasiley Dodds (AP) noted, "An Associated Press investigation of U.N. missions during the past 12 years found nearly 2,000 allegations of sexual abuse and exploitation by peacekeepers and other personnel around the world -- signaling the crisis is much larger than previously known. More than 300 of the allegations involved children, the AP found, but only a fraction of the alleged perpetrators served jail time."

Do you have to let it linger, Cranberries?

Yes, let that question ("Whose UN?")  linger -- the United Nations certainly has.

FM @sigmargabriel continued: Our support goes to a united Iraq. Since 2014, Germany has provided more than 1 billion Euros for reconstruction in Iraq. 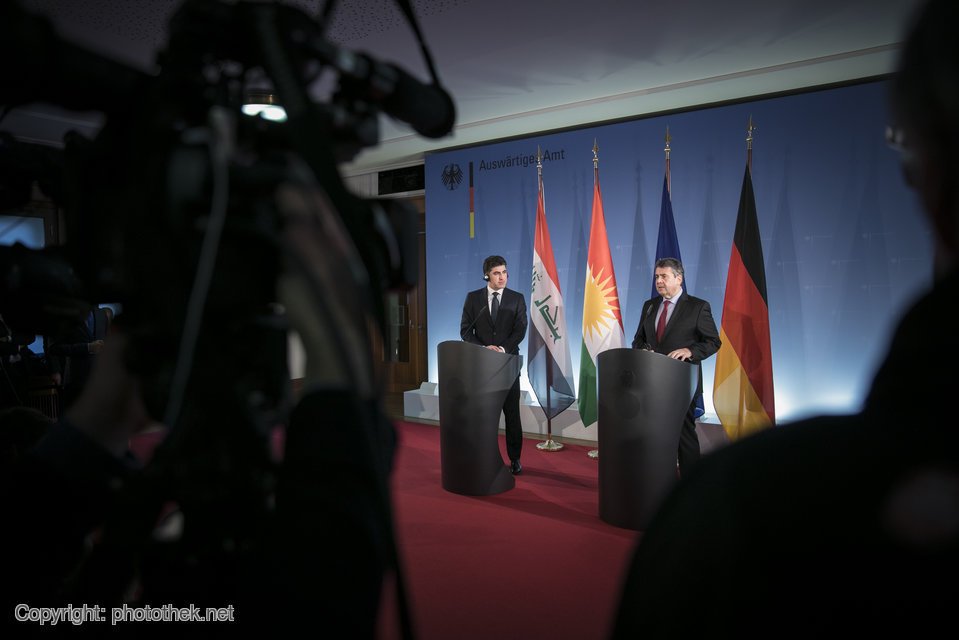 
Andrea Shalal (REUTERS) reports, "Germany on Monday said its continued support for Iraq and the semi-autonomous Kurdistan Regional Government was contingent on peaceful efforts by both sides to resolve their differences."  Shalal quotes Foreign Minister Sigmar Gabriel stating, "Our support is for Iraq as a unified state. We want to continue that, but the precondition is that Iraq solves its internal conflicts peacefully and democratically, and that we find a way out of the tense situation we are in now."


That will be difficult.  Kamal Chomani (AL-MONITOR) reported last week:

Trying to jump-start discussions with Iraq's central government, the Kurdistan Regional Government (KRG) in Erbil recently announced it will respect the Iraqi Federal Court's ecision that the KRG independence referendum was unconstitutional. But Baghdad has amplified its demands for opening a dialogue, which makes negotiations unlikely to happen anytime soon.
The Kurdish independence referendum, which voters overwhelmingly approved in September, greatly escalated problems between Baghdad and the KRG. However, both sides have called for negotiations to resolve the issues based on the Iraqi Constitution. Iraqi Prime Minister Haider al-Abadi has said Baghdad is continuing to work toward putting into effect some articles of the constitution that have never been implemented and would benefit the Kurds, while at the same time returning federal sovereignty to all areas of Iraq.
US Secretary of State Rex Tillerson touched on the subject this week during a speech at the Atlantic Council-Korea Foundation Forum in Washington DC, saying the United States will help officials implement the Iraqi Constitution completely.
"We have said we’ll stand with the Kurds to support them in the full implementation of the Iraqi Constitution … which, when it is fully implemented, will address a number of grievances that the Kurdish people have had for some time and we hope will lead to that unified Iraq," Tillerson said at the Dec. 12 meeting.
An Iraqi parliamentary source told Al-Monitor, on condition of anonymity, Baghdad's five recent conditions for opening negotiations.


In the KRG today, violence aimed at political parties. 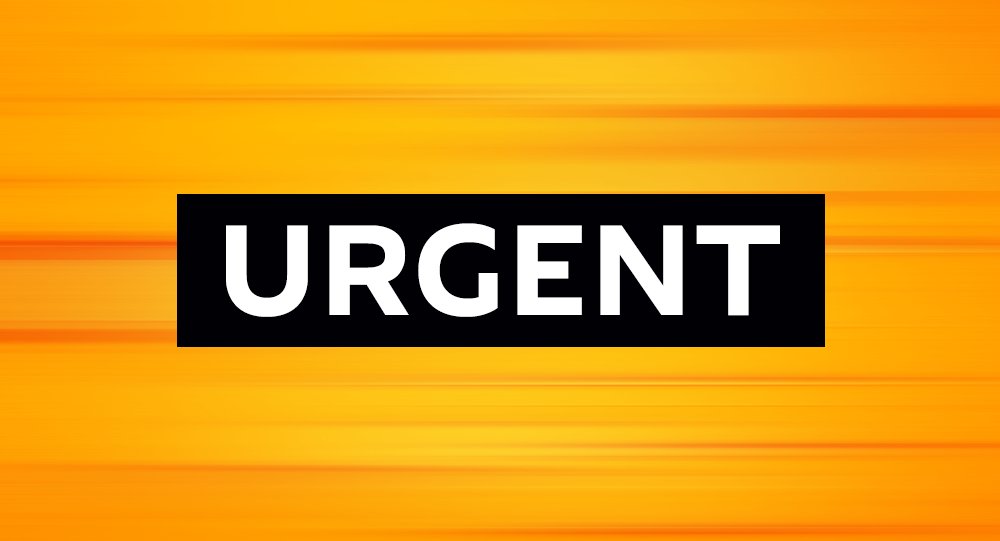 When Ali Thanoon lost more than 50 members of his family in a U.S. airstrike during the battle against Islamic State in Mosul in the spring, he turned to the Iraqi government for compensation.But officials required Thanoon to prove his loved ones had been killed: He could get the necessary death certificates only by digging up their bodies from a mass grave.
[. . .]
But there was another hard fact: The Iraqi government’s compensation program for victims of the Mosul campaign, even those with death certificates, had no money.

This follows Samuel Oakford (AIRWARS) reporting over the weekend:

Ground fighters on all sides of the conflict in Iraq suffered heavy casualties. US military officials have thrown around large numbers — claiming anywhere from 45,000 to 70,000 or more ISIS fighters killed since Coalition operations began. But analysts have questioned whether the number of ISIS fighters in general has tended to be exaggerated, especially by Western militaries.


In the fight for Mosul, elite units like Iraq’s Special Operations Forces were so heavily depleted during fighting — by some estimates they suffered “upwards of 50 percent casualties” in East Mosul — that their role in the more densely packed West was severely diminished.


In March, CENTCOM chief Gen. Joseph Votel said that 774 Iraqi troops had so far been killed in Mosul. US officials have since put the number of Iraqi military dead in Mosul at 1,400. Other estimates place the number even higher: In November 2016, the UN reported that 1,959 members of the Iraqi Security Forces and supporting forces had been killed that month alone in Iraq. After the Iraqi government protested, the UN stopped publishing estimates of government forces killed in the fighting. Many more Peshmerga fighters and irregulars with Popular Mobilization Forces militias also died fighting ISIS.


Partly as a result of this high Iraqi toll, in December 2016 the Obama administration loosened restrictions on who could call in airstrikes, allowing personnel farther down the command chain to do so. That decision allowed faster approval of attacks, which Coalition officials said would help assist ground troops.


However some journalists on the ground have said that this led to an immediate rise in civilian casualties, a toll that only grew as operations in Mosul continued into the city’s West and ultimately ended in a hellish assault on the narrowly packed Old City.

Though civilians, Iraqi forces and members of ISIS were killed in significant numbers, remarkably few Coalition personnel have died during combat operations – a measure not just of battlefield superiority but of how intensively the alliance depended upon remote air and artillery strikes. As of December 15th, just 13 US service members were reported as killed in action during the entirety of Coalition operations in Iraq and Syria going back to 2014. Partners like France have only suffered rare casualties during operations around Mosul, and not from direct fighting.

And the following community sites -- plus Jody Watley -- updated: