Candy Turkeys in the Kitchen

Bonnie e-mailed about these candy turkeys.

She asked where the recipe is?

Basically, you need the following.

5 candy corns for each turkey

1 Hershey's kiss for each turkey

And then use these instructions:


1.        Place one Oreo cookie as the base. Put one teaspoon of chocolate frosting on top.


2.        Place one small peanut butter cup on it's side so that the top and bottom are perpendicular to the base -- and stuck in the frosting. Place a teaspoon of chocolate frosting on the top(widest part) of the p-butter cup.


3.        For the second cookie. Stick some candy corn into the Oreo 'stuff' along one edge for the feathers -- pointy side down. They should fan out around the edge. If you have trouble doing this, you can help them stick with some white frosting.


4.        Place this second Oreo cookie (the tail) on it's edge and sticking to a dab of brown frosting on the back of the peanut butter cup.


5.        Place a dab of chocolate frosting on top of the peanut butter up (for the head). Place a malted milk ball on top for the head.


6.        Take a small amount of the white frosting in a separate dish. Mix in red food coloring.


7.        Use a toothpick with the white and red colors to place eyes, and wattle. You can pinch off the small pointy top of a candy corn and dip it in brown frosting for the beak.

Okay, Edward S. Herman has passed away.  BLACK AGENDA REPORT has reposted one of his last articles:

It has been amusing to watch the New York Times and other mainstream media outlets express their dismay over the rise and spread of “fake news.” These publications take it as an obvious truth that what they provide is straightforward, unbiased, fact-based reporting. They do offer such news, but they also provide a steady flow of their own varied forms of fake news, often by disseminating false or misleading information supplied to them by the national security state, other branches of government, and sites of corporate power
An important form of mainstream media fake news is that which is presented while suppressing information that calls the preferred news into question. This was the case with “The Lie That Wasn’t Shot Down,” the title of a January 18, 1988, Times editorial referring to a propaganda claim of five years earlier that the editors had swallowed and never looked into any further. The lie—that the Soviets knew that Korean airliner 007, which they shot down on August 31, 1983, was a civilian plane—was eventually uncovered by congressman Lee Hamilton, not by the Times.
Mainstream media fake news is especially likely where a party line is quickly formed on a topic, with any deviations therefore immediately dismissed as naïve, unpatriotic, or simply wrong. In a dramatic illustration, for a book chapter entitled “Worthy and Unworthy Victims,” Noam Chomsky and I showed that coverage by Time, Newsweek, CBS News, and the New York Times of the 1984 murder of the priest Jerzy Popieluzko in Communist Poland, a dramatic and politically useful event for the politicized Western mainstream media, exceeded all their coverage of the murders of a hundred religious figures killed in Latin America by U.S. client states in the post-Second World War years taken together.1 It was cheap and safe to focus heavily on the “worthy” victim, whereas looking closely at the deaths of those hundred would have required an expensive and sometimes dangerous research effort that would have upset the State Department. But it was in effect a form of fake news to so selectively devote coverage (and indignation) to a politically useful victim, while ignoring large numbers whose murder the political establishment sought to downplay or completely suppress.


"Love Hangover" is one of the 19 number one pop songs (BILLBOARD US singles chart) that Diana Ross has sang on (and it's the theme to her hist film MAHOGANY).   November 19th, she'll be on the live broadcast (ABC) of The American Music Awards to perform and to receive the American Music Award for Lifetime Achievement.  Motown Classic is issuing DIAMOND DIANA: THE LEGACY COLLECTION November 17th (today!)  to note this monumental achievement.  That's this Sunday and her daughter Tracee Ellis Ross (BLACKISH, GIRLFRIENDS) will be hosting the broadcast.


THE NEW YORK TIMES MAGAZINE this coming Sunday will feature a cover story by Azmat Khan and Anand Gopal "The Uncounted:"

Around midnight, Basim heard a thump from the second floor. He peeked out of his office and saw a sliver of light under the door to the bedroom of his daughter, Tuqa. He called out for her to go to bed. At 21, Tuqa would often stay up late, and though Basim knew that he wasn’t a good example himself and that the current conditions afforded little reason to be up early, he believed in the calming power of an early-to-bed, early-to-rise routine. He waited at the foot of the stairs, called out again, and the sliver went dark.
It was 1 a.m. when Basim finally shut down the computer and headed upstairs to bed. He settled in next to Mayada, who was fast asleep.
Some time later, he snapped awake. His shirt was drenched, and there was a strange taste — blood? — on his tongue. The air was thick and acrid. He looked up. He was in the bedroom, but the roof was nearly gone. He could see the night sky, the stars over Mosul. Basim reached out and found his legs pressed just inches from his face by what remained of his bed. He began to panic. He turned to his left, and there was a heap of rubble. “Mayada!” he screamed. “Mayada!” It was then that he noticed the silence. “Mayada!” he shouted. “Tuqa!” The bedroom walls were missing, leaving only the bare supports. He could see the dark outlines of treetops. He began to hear the faraway, unmistakable sound of a woman’s voice. He cried out, and the voice shouted back, “Where are you?” It was Azza, his sister-in-law, somewhere outside.
“Mayada’s gone!” he shouted.
“No, no, I’ll find her!”


Not only did the strike target his house and his brother's house, the US military posted a video of the strike insisting it was targeting an ISIS facility.


There are no precision strikes.  It's as big a lie as smart bombs.

But where has the left been since the fall of 2014 when Barack Obama began ordering daily strikes?  Strikes that have continued under Donald Trump?

Is the only true sign of a 'woke' person really just bad morning breath?

We certainly haven't seen one damn effort to stop the Iraq War and our 'Social Justice Warriors' can't be bothered with Iraq.

Nor can THE NATION or THE PROGRESSIVE or any of our so-called 'independent' outlets.

They've had nothing to say or do for over three years now as Iraq has endured daily bombings -- not by terrorists but by a US-led coalition.


Our own reporting, conducted over 18 months, shows that the air war has been significantly less precise than the coalition claims. Between April 2016 and June 2017, we visited the sites of nearly 150 airstrikes across northern Iraq, not long after ISIS was evicted from them. We toured the wreckage; we interviewed hundreds of witnesses, survivors, family members, intelligence informants and local officials; we photographed bomb fragments, scoured local news sources, identified ISIS targets in the vicinity and mapped the destruction through satellite imagery. We also visited the American air base in Qatar where the coalition directs the air campaign. There, we were given access to the main operations floor and interviewed senior commanders, intelligence officials, legal advisers and civilian-casualty assessment experts. We provided their analysts with the coordinates and date ranges of every airstrike — 103 in all — in three ISIS-controlled areas and examined their responses. The result is the first systematic, ground-based sample of airstrikes in Iraq since this latest military action began in 2014.


We found that one in five of the coalition strikes we identified resulted in civilian death, a rate more than 31 times that acknowledged by the coalition. It is at such a distance from official claims that, in terms of civilian deaths, this may be the least transparent war in recent American history. Our reporting, moreover, revealed a consistent failure by the coalition to investigate claims properly or to keep records that make it possible to investigate the claims at all. While some of the civilian deaths we documented were a result of proximity to a legitimate ISIS target, many others appear to be the result simply of flawed or outdated intelligence that conflated civilians with combatants. In this system, Iraqis are considered guilty until proved innocent. Those who survive the strikes, people like Basim Razzo, remain marked as possible ISIS sympathizers, with no discernible path to clear their names.

This is Rawa, the lone survivor of an airstrike that killed her parents and siblings in Qaiyara, Iraq last year. The U.S. told us the coalition carried out an airstrike "10 meters away against a known ISIS weapons cache." nytimes.com/interactive/20… 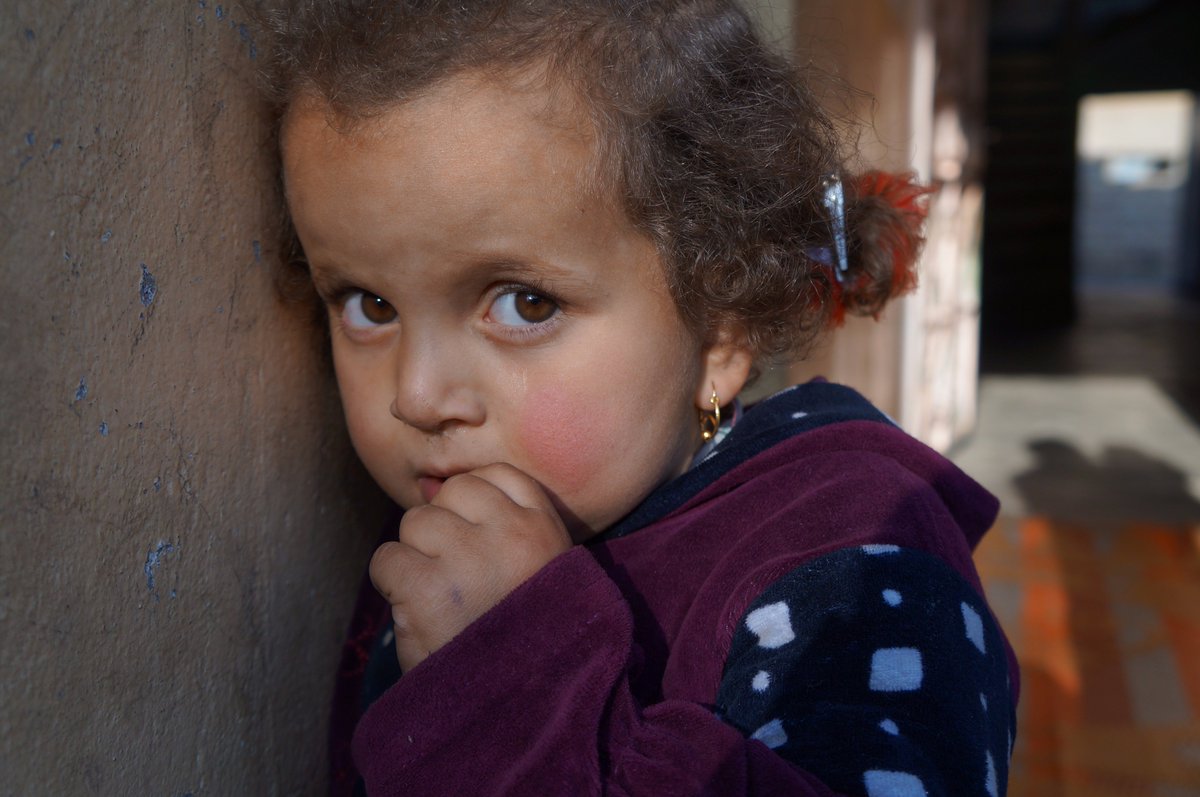 Murray Brewster (CBC) reports on one aspect of the US-led coalition:

The undertaking unfolded this week even as the overall advise and assist mission involving 200 elite Canadian special forces troops, remains on hold because of tensions between the central government in Baghdad and the independence-minded Kurdish region.


The tensions are long standing.  ISIS provided a common enemy that briefly set various problems aside.  These problems include the lack of funding from the Baghdad-based government to the KRG.
They also include issues of oil and issues of territory.

September 25th a non-binding referendum was held in the KRG and over 92% of those voting expressed the wish for the semi-independent Kurdistan to become fully independent.

Today's Nervous Nancies and Terrified Terrances of the press trembled at the thought and did not report what was taking place but instead presented spin from the Baghdad-based government.

The notion of splitting Iraq into three areas under a system of federalism is not a new one.

And when Senator Joe Biden proposed it, it was treated as normal and rational.

In fact, we were among the few to oppose that.

Our reason for opposing it?

If the Iraqi people want to do it, let them do it.  But it should not be imposed upon them by a foreign government.


We got a lot of flack for that position.

And yet a few years later, when a section of the Iraqi people want to explore it, the press treats it as how-dare-they! and acts as if the notion is something that has never been raised before and certainly not by any right-thinking-person.

It was a non-binding referendum.

The press and various foreign leaders treated it as though the KRG had announced they were building nukes.

Kurdish members of the Iraqi parliament left Thursday’s session, causing the legislature to postpone a vote on punishing Kurdish MPs for participating in the independence referendum.

Parliament has sought to have Kurdish MPs stripped of their parliamentary immunity and put on trial in retaliation for voting for Kurdistan independence in the September 25 referendum.

The Iraqi parliament was to discuss the matter on Thursday, but most of the Kurdish MP’s left the legislature when the subject came up. Their absence meant quorum for the session was not met and the meeting had to be delayed.

An MP with the State of Law Coalition condemned the Kurdish lawmakers’ action.

“The parliament brought yet another failure on the people of Iraq. It was meant to punish wrongdoers. Voting on a parliamentary committee formed to punish separatist MPs was on the parliament agenda. These MPs were part of a big plot to undermine the security and stability of Iraq,” said Kazim Sayadi.

Again, this is awful for the Kurds at present but it will ensure that they are resolved in leaving Baghdad behind.   Hayder doesn't know how to foster unity.